No Sides in Climate

We called our panel at SUNY Binghamton "No Sides in Climate." As expected, the language and the rationales differed, but the goal of constraining carbon pollution was clearly shared, as were some of the means. Extra chairs had to be brought in to accommodate latecomers as the crowd surpassed 80. Adam Flint, the director of clean energy programs at Binghamton Regional Sustainability Coalition, presented the progressive case, and I made the conservative case. Robert Holahan, assistant professor in environmental studies and political science at Binghamton University, refereed, but he didn't have to throw any flags.

Given the cooperative spirit, I had to share the story of Art Laffer going over to Al Gore's house a number of years ago. They're neighbors in Nashville, Tennessee. Dr. Laffer, President Reagan's economics advisor, can be seen on our website saying that he's agnostic about climate change. But he says he doesn't need to know whether it's real or not; it's a no-brainer to un-tax income and tax pollution instead. Even though their rationales differ, Art Laffer and Al Gore agree on the means that would serve their separate ends. Art wishes to un-tax income; Al wishes to harness the power of the free enterprise system to deliver innovation leading to less carbon pollution. Eureka! We can bring America together and lead the world to a solution on climate change. 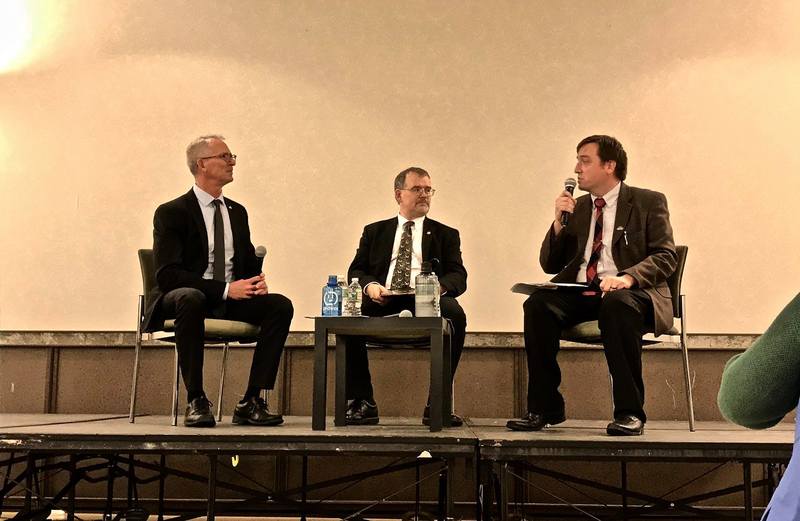 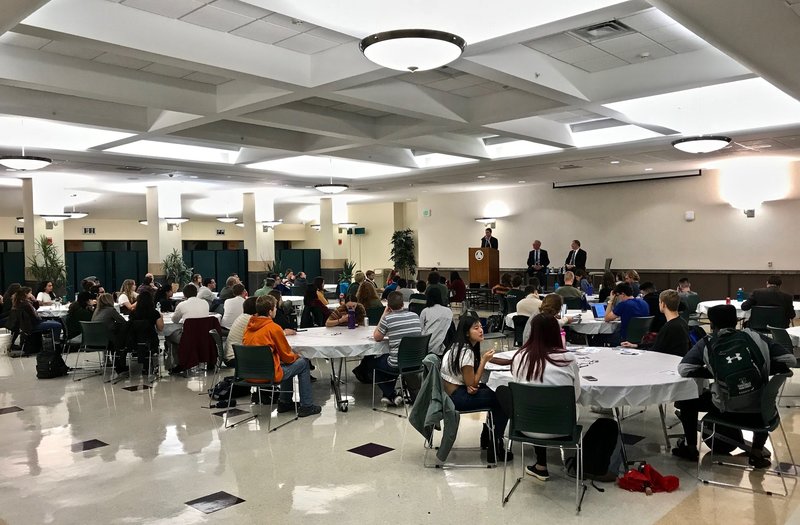 Our event at Binghamton University reinforced a thought that's occurred to me over and over on our EnCourage tour: solving climate change might just blaze the trail to healing in our political process. To be sure, rabid partisans have wrecked their vehicles into the ditches on the opposite sides of a perfectly good street. From those ditches, they throw dirt bombs at their sworn enemies in the opposing ditch. Of course, they manage to sully anyone who's driving on the paved street, and the first who come up out of the ditches risk being hit in the back. Eventually, though, America is going to figure out that we can get further and faster toward a more perfect union up on the pavement. Our job at republicEn.org is to accelerate the dawning of that day as it pertains to climate solutions. With more events like the one at Binghamton University, we might just set the stage for cooperation on other challenges—as if solving climate change weren't big enough!