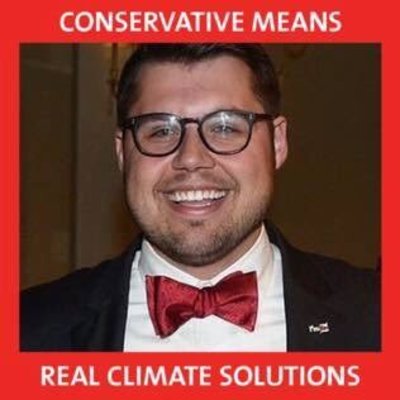 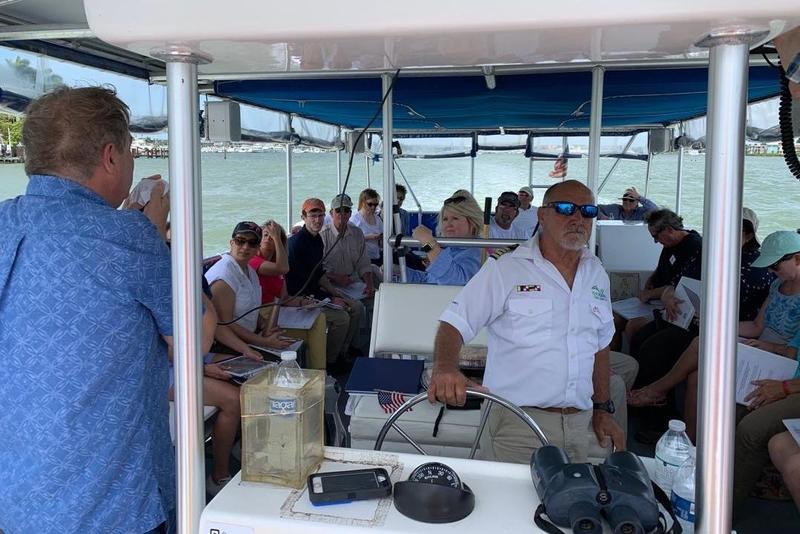 In early April, republicEn and partners packed to capacity our Pure Florida pontoon boat with scientists, constituents, and press to join Southwest Florida's Rep. Francis Rooney on a study tour of how climate disruption is changing the local economy and environment. 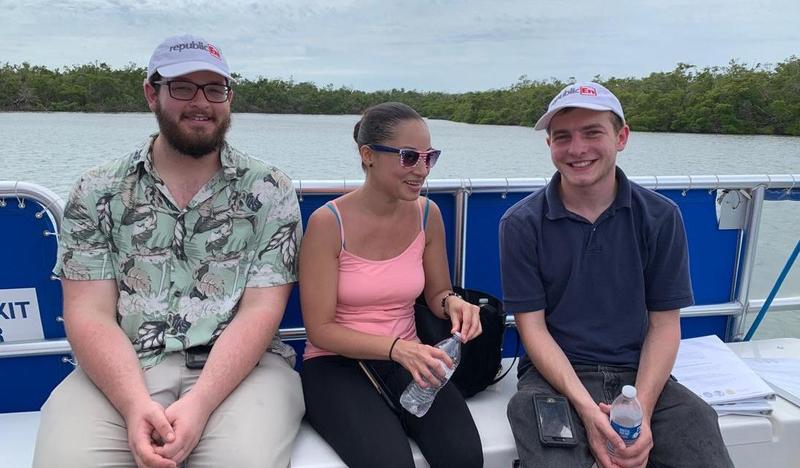 In total 44 folks, almost all constituents, sailed down Naples Bay to the southern end of Keewaydin Island where we docked to take a study hike up the ocean-facing side of the island. Keewaydin is a barrier island, serving the mainland like a shock absorber protecting against rising seas and storminess.

Keewaydin, having never undergone any beach renourishment or dune fortification, is a natural laboratory for observing the coastal effects of climate instability. We trekked across the eroded dunes and backshore until stopped by overwash that's transformed dunes into ponds. 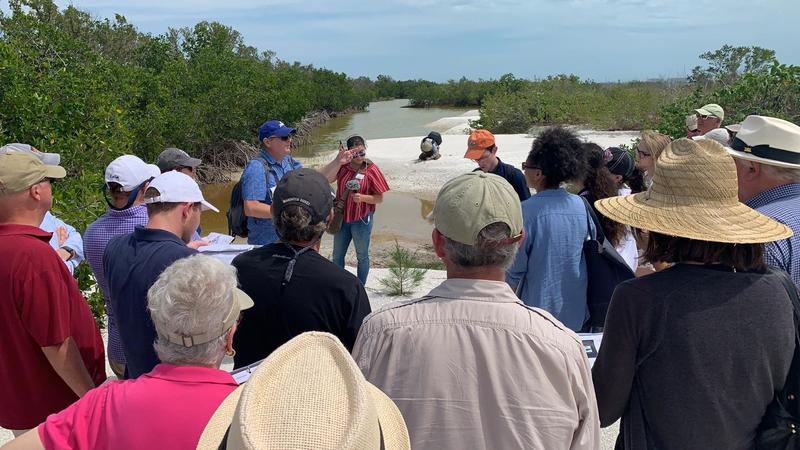 Where we're standing used to be a dune. With seas and storminess on the rise, it's been eroded, breached, and overwashed so much and so often that it's now permanently flooded and offers scant protection to the inland property, structures, wildlife, and vegetation.


Marine scientist Mike Savarese and paleoclimatologist Joanne Muller—both highly-respected scholars and professors at Florida Gulf Coast University—led the excursion. As our captain threaded the passes between Collier County shorelines and the barrier islands, Dr. Savarese and Dr. Muller instructed us with show-and-tell science. We learned about the chronic stress from sea-level rise, and the ever-more catastrophic effects of storms on top of sea-level rise. 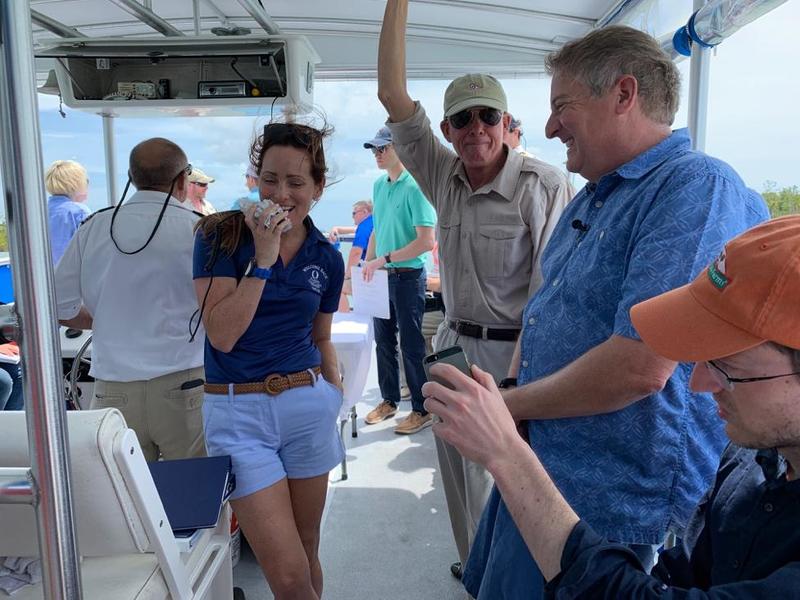 
We examined sediment cores for evidence of environmental change over time. We observed and discussed other "living shorelines" like mangrove forests and oyster reefs, and their contributions to the resiliency of the mainland to climate change. Every participant had a binder with 24 figures and images to reference as our guides explained the science. 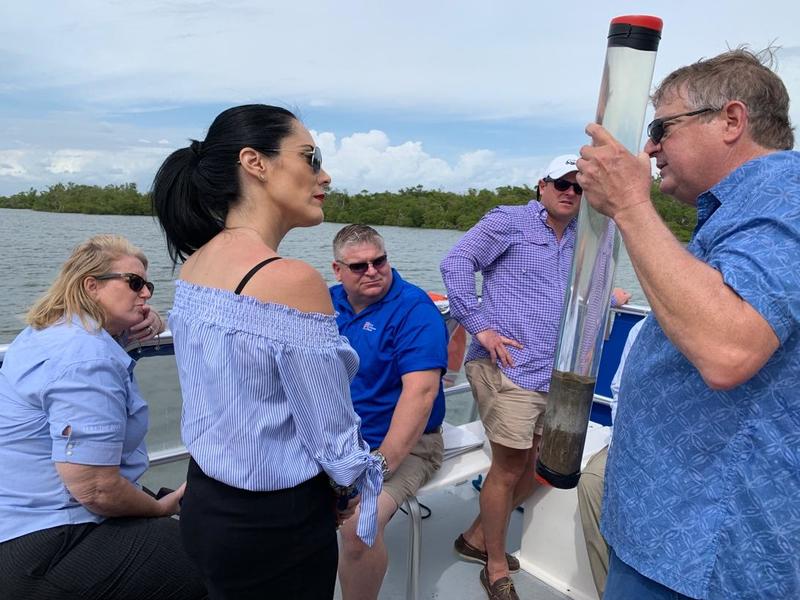 Dr. Savarese showing what we can learn about history from sediment cores.


Mr. Rooney — who prior to election to Congress served as U.S. Ambassador to the Holy See in 2005-2008 — welcomed each constituent onto the boat. He took the mic a few times to pose questions to the guides, to express his gratitude to the hosts and participants, and to answer questions about why he leads on climate and how it's going with fellow Republicans on Capitol Hill. 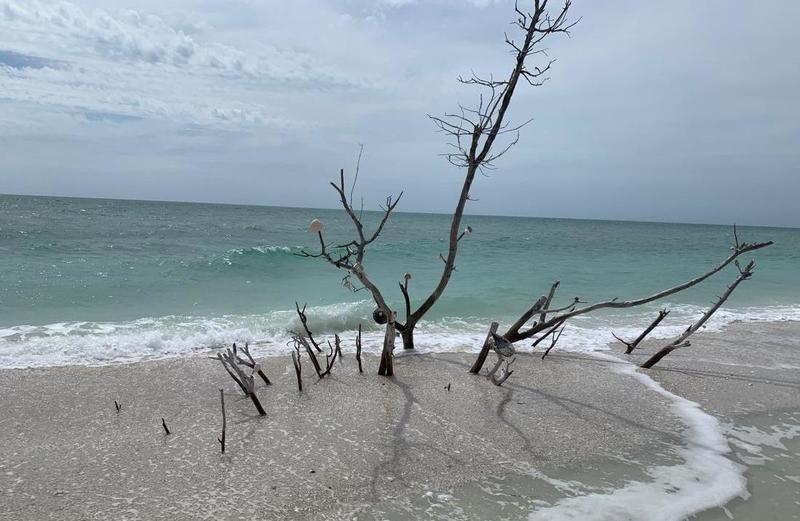 This tree grew up on land and died on foreshore. 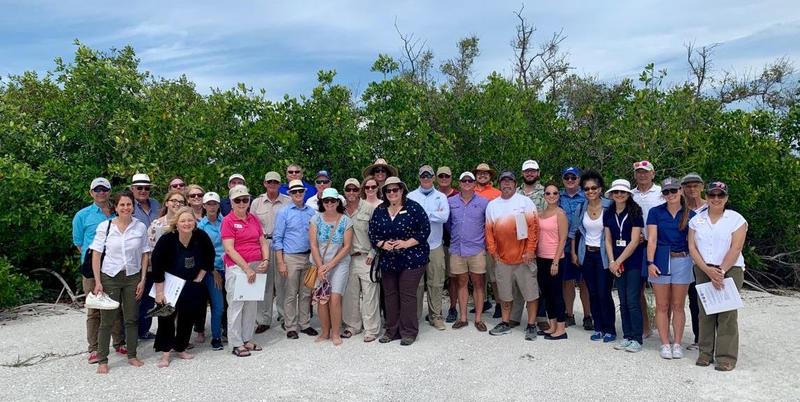 We couldn't have made this experience happen without our wonderful guides, boat operators at Pure Florida, and co-hosts at National Wildlife Federation, Florida Wildlife Federation, and FGCU Eagles for Liberty. This was a team effort and we're all very grateful to Rep. Rooney and his excellent staff for joining us to explore the climate impacts of SWFL.


This Event in the News

NBC2 News, Seeing is Believing: NBC2 Investigators Visit Keewaydin Island Where Sea Level is on the Rise, May 21, 2019