A new public opinion survey released by the George Mason University Center for Climate Change Communication and the Yale Program on Climate Change Communication found that even amid the COVID-19 crisis, "a record-tying 73% of Americans think global warming is happening. Only one in ten Americans (10%) think global warming is not happening. Americans who think global warming is happening outnumber those who think it isn't by a ratio of about 7 to 1." While there was a small dip from a November 2019 survey in the proportion of Americans "very worried" about climate change, the results of the current survey are "remarkably consistent" with the previous results, "with several indicators of public engagement actually reaching record levels."

From the New York Times story on the report: "Americans, Dr. [Ed] Maibach said, have until recently 'accepted the reality of climate change but saw it as a distant problem,' both far away across the globe and far in the future. The latest survey shows 'the majority of Americans see climate change as a clear and present threat to the health of people in their community,' he said. 'It's a threat that's come home.'"

The American mind can, apparently, worry about walking and about chewing gum at the same time.https://t.co/jDXXT1KaWO
— John Schwartz (@jswatz) May 19, 2020 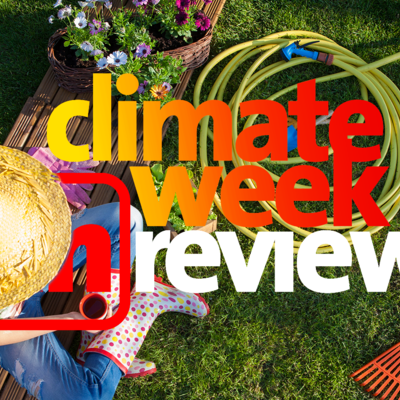